The Ties that Update! 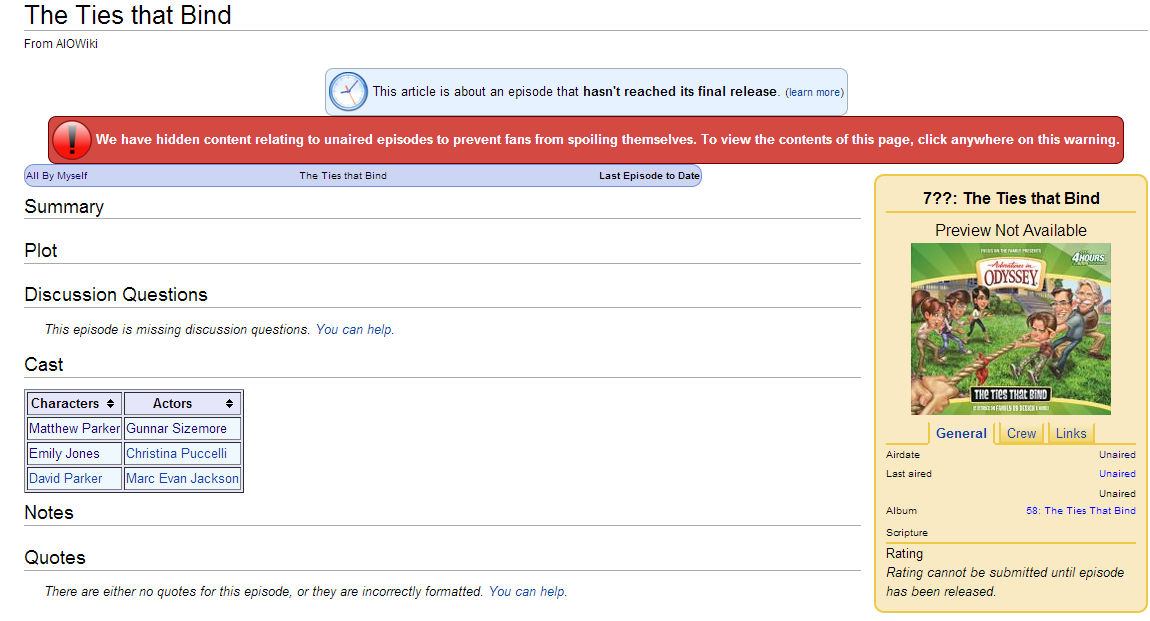 Hey! Just wanted to let you in on the news about The Ties that Bind. It is an episode that will appear in the upcoming Album 58 (the album is also named The Ties That Bind). Top AIOwiki editor, Jamesobie found the information on the characters buried in the archives of the AIO Update (Visit AIO Update).

Also FOTF has released a picture from upcoming book Candid Conversations With Connie Book 2 , by Gary Locke. Who is the boy in the background that Emily and Olivia are looking at? Is it Buck Oliver? This book is scheduled to come out  in 2015, and Buck could be back agian by than (I think he'll be back this year). Oh well... we'll have to wait until 2015!
-Trenton Landmark
Posted by marknjoni at 10:46 PM